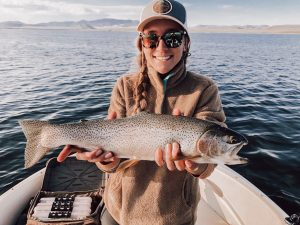 I stop by the corporate office and peek my head into the accounting office entryway. We were already off to a great start, Kristen and I were wearing almost exactly the same outfit. We’ll get on swimmingly, I thought.

After various greetings, I notice a painting and we begin talking about our respective creative sides. I point to a large dreamcatcher on her office wall and ask if she made it.

“Yeah!” she says, “I made those for a while and even sold them. I’ll show you the one I made for my niece when she was born.” She pulls out her phone to show me a picture, and it was beautiful. Hanging from a bowed, dark brown piece of wood was a woven dream catcher with woven feathers that dangled from the circular centerpiece.

“My boyfriend made the bowed wood, that’s his hobby.” I share my recent hobby of sewing, and it turns out she had given it a try too. 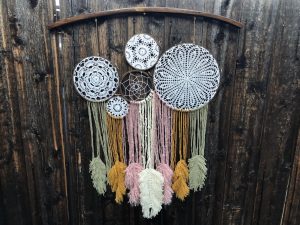 “I tend to go through crafting activities quickly. I like to try new things, but once I’m satisfied with a project I’m ready to move on,” she says. “But of course, usually each project comes with a specific and expensive set of tools, and I’m not going to do anything half-hearted.”

It sounded like I was talking to myself. For that reason, it takes a little longer than normal to digress to getting to know Kristen’s journey in her schooling and work, but entertaining to exchange craft pictures back and forth.

Accounting as a Form of Creative Problem Solving

“Well, how did you find yourself in accounting?” I asked, “It doesn’t strike me as a creative field, more cut-and-dry.”

“A lot of people think that, but that’s not how I see it,” she began. I was curious to see how she could spin this – I didn’t personally have fun memories of my accounting experiences.

“To me, I see it as a puzzle to solve. You start with your goals and your constraints and then have to use some creative problem-solving skills to achieve both. It’s trying to piece together a bigger picture with all of these smaller financial components.”

“Okay, I’m impressed with that outlook!” I could definitely see where she was coming from. “Did you pick out accounting right away when you went to school?”

“No, I was in civil engineering for one week,” she can’t even finish the statement without starting to laugh. We both find humor in it.

“I totally understand that,” I said, “that is a super difficult degree I’m sure.”

“Mostly it was all the science that was required right off the bat. It wasn’t my cup of tea. I switched over to accounting, which was much more fun for me.”

“And so once you received your associates you pursued a bachelor’s, right?”

“Yes, I went to CU Denver for my bachelor’s, and that’s actually how I got the job here! Well, it started out as an internship.” 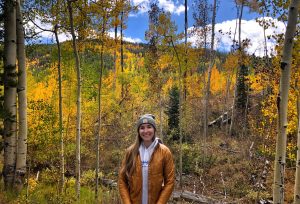 “My boyfriend was doing work for the HR manager of Archway at the time, and he brought up that I was looking for an internship because CU offers credit hours for internships. It just so happened that she was in need of an accountant, so she wanted to interview me and I was hired. Then my internship turned into a permanent position once the semester was over.”

“Wow, so you’ve been here longer than many of us! You’ve seen all the change in the recent years.”

“Yes, and it’s really exciting to see, there’s a lot on the horizon for Archway and it’s fun to be a part of.”

“Now, up until recently, you were just working part-time with us because you were getting your Master’s, correct?”

“Yes, and studying to take the CPA exam. It’s multiple parts and I really drew it out so that I knew I was prepared for each since I was also working at the time.”

“So are you CPA certified?” I asked, with a tone of excitement.

I didn’t realize, as I’m sure many don’t, the number of steps required to become a CPA. Doing all of this while working is impressive. 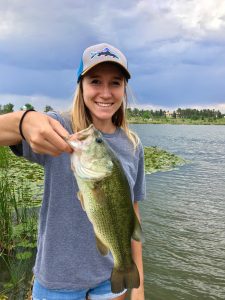 As we finish up covering her recent accolades on the professional side, I ask her what things she likes to do in her free time. I’m sure during all the months of studying “free-time” wasn’t a term that existed. But at some point, anybody would need to step away from all of the pressures of the day.

“I really like fishing, as I’m sure anybody who lives in Colorado would say. ‘Being outdoors,’” she says with a smile.

“Well, I feel like fishing is a little unique,” I come to her defense.

“Yeah, I feel like hiking and camping are the big ones, which I’m guilty of. Fishing is a little more niche, right?”

“What kind of fishing are you most interested in? Fly fishing or just the standard? What do they even call that, ‘regular fishing?’”

We both laugh. “I think it’s called rod and reel, and that’s the one I do most. I’ve done ice fishing, but that is a little too cold for my liking. I’m not like, competitive about it, it’s not a sport for me. I’ll go out with my boyfriend, and you can tell he wants to go out and make it a successful trip each time, like with the ice fishing trip. He wanted to stay and get some good catches, but I’m okay with just cutting my losses and getting out of the cold. We can go on an easy day.” 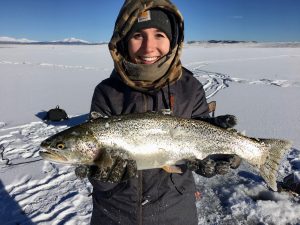 “Are you from Colorado, then, given the ‘standard’ hobby, as you say?”

“I’m not technically from here, I was born in Florida, then we moved out to Evergreen when I was nine, so I say that I was raised here.”

“Ooo, so have you ever fished at Evergreen Lake?” I ask, excited to potentially have a landmark in common.

She smiles, “No, Evergreen Lake is a stocked lake, so it kind of takes the fun out of fishing. I like to go out to places I’ve never been, more undiscovered.”

“That’s fair, I just know Evergreen Lake in the winters has a good portion designated for ice fishing, I’ve seen it the times we’ve gone skating there.”

A few times Kristen had mentioned an older brother weaving into her life events and decisions. We get to talking about this more, as we both have a close relationship with our respective brothers.

“Do you notice, as you get older, how much was influenced by your older brother? Or is that just me?” I ask.

“Well, let’s just say I originally went into civil engineering because of my brother, does that give any sort of indication?”

I laugh, “Totally! I didn’t stumble upon hockey because of my neighborhood gal pals.”

Kristen shares more about her family. Turns out they all have matching cars, which she just broke the cycle of by getting a Toyota Tacoma instead of the family-trusted Toyota 4Runner.

Her mom owns a small shop up in Evergreen, which is where she often sells her crafted projects she mentioned earlier.

“That’s so cool to have that outlet!” I said, “there’s no pressure to have a certain amount of output or inventory available. As you get stuff done that you want to sell, you have a place to do so.”

“Definitely, it’s certainly where I get my creative side. My grandparents actually owned the store before my mom took over. Now she wants me to get involved, but I’m just not ready for that yet. I really like where I’m at now.”

Lunch rings in the door, and I leave Kristen to get back to her work and take her lunch break. Of course, not without a few minutes of me hanging in the doorway getting in the last comments on crafting tools to look into. We discuss her graduation cap that featured the Iron Throne from Game of Thrones which she cut out by hand!

I left with a laundry list of crafts to try and tools to buy, and Kristen with a cold lunch!