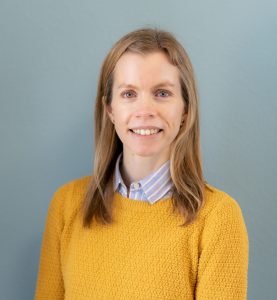 Sarah and I began by exchanging hockey stories before we really got into the conversation. A native of Canada, mainly Toronto, Sarah is no stranger to wintertime pond hockey games and visits to the local rink. Growing up her family enjoyed activities outdoors, whether in the cold or warm season.

Having two parents that worked tirelessly in non-profit work, Sarah naturally took to the mindset of wanting to help others, wanting to be a part of something bigger than herself. This set her on a great adventure traveling across many countries and finding her way to Archway!

“I went to university at McGill in Montreal,” Sarah responds when I ask about her college years.

“And why did you pick McGill?” A rather unnecessary question I would later find out. McGill is one of the best institutions in Canada, attracting students from over 150 countries. It would be like asking ‘why Harvard or Stanford?’

“McGill is a great university with connections to lots of opportunities abroad. And Montreal is a beautiful city, I was really excited to live there.”

It was there that her desire to help others began to manifest in the housing industry.

“While at McGill I had a job working with refugee populations when they were first arriving in Canada and helping to place them in housing. I began to want to get involved in the policy around affordable housing. It was difficult to see super hard-working people who were contributing so much to the economy not having access to the same quality of housing or living is not an ideal situation. This drew me towards Urban Development.”

At the same time Sarah was discovering new interests, she also had countless opportunities to enrich her own human experience by studying abroad. I asked her some of the places she had been. One of my favorites in her list was that she spent a year in India teaching English.

“Wow!” I said, “It’s one thing to go on trips and spend a couple of weeks or even a semester in a place but to spend a whole year where you are really immersing yourself in a new culture and lifestyle – that’s an awesome experience.”

Sarah had a very even tone and demeanor sharing her experience in India. It was as if she was sharing about her breakfast that morning. Meanwhile, I was fascinated. I could have talked all day about some of her travel! But I digressed, and Sarah casually moved on to her Master’s from the London School of Economics and Political Science.

“No way, how did you decide on that opportunity?” I asked, with renewed excitement.

“McGill opened the door. They have lots of connections abroad and that’s one of the benefits of going there. There’s almost a sense of normality to studying abroad. It’s in the mentality, like it’s more possible than you think and easier than you think, to study abroad.”

It was there in London that she met her future husband. And it was this relationship that brought her out to Denver. Her husband came to Denver to attend law school, and in 2014, Sarah moved out as well.

While most of her jobs up to this point had been involved in policy around affordable housing, Sarah began to take steps closer to Urban Development, starting with the decision to get her Master’s in Urban Planning.

“What is it that you like about this industry? Why did you keep challenging yourself and pushing yourself further in Urban Development?”

“Well, housing is something so essential. It’s fundamental in building a life. So if there is any important place to start, it would be there.”

Sarah worked with the Department of Housing and SB Clark as a financial advisor for Low Income Housing and Tax Credit projects. When she took the job with Archway she was excited to progress to a position she felt was more tangible than anything she had experienced.

“When you work on policy or financing you are removed from the projects that are physically placing people in homes. With Archway, the real estate projects I work on directly result in housing being built and restored, so it’s a really moving perspective.”

It seems like Sarah is the type to go after something, to see an opportunity and be able to make the calculated decision to take it. All of the various places she has lived, degrees she has accomplished, and job positions she’s held point to this. It is never easy to pack up and start something new somewhere and therefore is so impressive to see the steps that have gone into everything she has accomplished.

“It’s always been important to me to do something you are passionate about and feels rewarding. That has always led me every step of the way.”

I ask Sarah how she and her family are enjoying Colorado and if they have any plan to move.

“We love it here,” she begins, “I don’t see us moving any time soon. We love getting up into the mountains, especially in the winter.” Spoken like a true Canadian. Sarah tells me how she and her husband cross country ski with the kids in tow on sleds.

“The mountains are just so beautiful and peaceful, there’s such a sense of adventure.” On the other hand, Sarah also enjoys the sense of life in Denver. There’s so much to do right around her family; it has been a fun place to grow together.