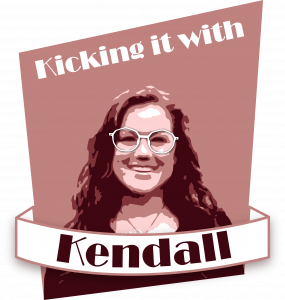 As I walk through Cica’s front door into the living room a water bottle comes quickly into view as the tiny hand of an outstretched arm wraps around the plastic ridges.

“Here you go!” Cica’s middle child, all of about five or six, offers me with a smile.

“Well, thank you!” I said to him with a smile back. It was as if he’d been prepared for the moment a guest walked in the house, this was his time to shine offering the gesture of warm welcome.

We sat opposite of each other on the two couches in the room while the older kids played with action figures at the end of my couch.

Moving to the United States

I asked Cica where she is originally from and what brought her husband, Yao, and her out here.

“We are from Togo, a country in Western Africa. It is quite small but very beautiful.” She said to me. “My husband came out here first to go to school for accounting. I stayed at home in Togo. He would come back to visit every so often for about 6 years.” I couldn’t imagine how hard it would be for her to not see her husband regularly for so long. I asked if she had any of the kids yet.

“I just had my oldest at the time when I decided to move out here. My husband was staying with a cousin at the time before I came. He had applied for housing assistance and went through the waitlist period. We moved into Arapahoe Green once I got out here and have been here for 8 years now.”

Adjusting to a New Culture

“What were some of the difficult adjustments you had to make upon moving out here?” I asked her, as the two boys crashed action figures together with a yell.

“The first thing that was hard right away was the language. Where we come from, we speak French, not English. It’s one of those things that you could learn in school, English, but many of us did not stick with it or take it very long. So English is not natural but not many people speak French out here.”

I considered how difficult it would be to move to a country where you didn’t know the language at all. Even tasks as simple as reading street signs, restaurant menus and conversing with a cashier. It would be so disorienting.

“The culture is different too, obviously. Back home there is a lot more sense of family. We lived close to our relatives, and we got to see them regularly, which was hard to adjust to. But in general, the neighborhood you are in is like your family. When I was a young mom, if I was home alone and needed an ingredient like milk, I would go ask my neighbor for it. That’s normal. And if they didn’t have it, they would offer to go get it for me because I’m home alone with a baby. You just take care of each other. Here it seems it’s less comfortable to talk to others.

“My mother-in-law has visited here a couple of times, but you can tell she feels left out or bored when we all have to get to work. I work a part-time job in addition to Yao working full-time. You can tell she’s used to doing things all together and just wants to hang out, but it’s just a different pace of life out here. It’s not bad, it was just something different to adjust to.”

I completely understood what she was talking about. It’s a fast-paced, focused lifestyle in the US and particularly in Colorado.

I asked her if she felt like there was a sense of community at Arapahoe Green, specifically. She smiled and said that there were a number of people she knew and was close with. She really enjoys being at Arapahoe Green.

Finding a Community at Arapahoe Green

“Yeah, Rose tells me that many of you threw her a going away party when she was switching to a new property to manage. Tell me more!” Rose, staff spotlight in April, managed Arapahoe Green for a long time and mentioned this farewell picnic as one of her highlights of her time with Archway.

“We miss Rose so much! When we found out she was leaving us here we wanted to celebrate and do something nice for her to show our appreciation. Many of us made foods from our own cultures. I made a meat dish that had an all-spice seasoning I use from home. She was so funny, she loved it so much I gave her a big gallon sized bag of it. She used it on everything she ate!”

“But Arapahoe Green has been so good for us, Archway just really cares for us. My oldest son gets really bad allergies as of recently. We were pretty concerned one day that he had a really bad reaction, so we took him to the doctor. He had swollen and red eyes, his nose was running, face puffy. The doctor asked us if we had carpet in our home and we said that we did. He recommended that we replace it with a flooring that wouldn’t trap allergens like carpet tends to. We told him that we rented and didn’t think that would be possible, but we figured we’d try to ask anyway.

“When we got the office, he still had a lot of the symptoms and we explained the situation. I didn’t think anything would be possible since it’s pretty expensive to replace carpet, I’m sure. But the manager here saw how my son was experiencing the symptoms and worked right away to get approval on changing out the floor. They are going to come in a couple weeks now to replace the carpet to flooring. I was amazed. I know that it isn’t the most cost-effective thing and so it meant so much that they were willing to do this for my son.”

I was pretty proud of this story. I had just gotten done speaking with Yvette the day before and listening to her explain that she chose Archway for its mission of putting people first. I thought this was such a good example.

As we came back to the question at hand, I asked her some other things she liked about living in Denver.

“I like the weather,” her eyes light up. “Where I come from, we don’t have snow. I grew up knowing that snow was a thing that was out there, but never imagined being able to experience it. But it’s more than that here. We lived briefly in Minnesota, and there snow comes and stays forever. Here it only lasts a little while and then it’s sunny again. And the sun makes the snow on the ground so pretty.”

We go on for a little while comparing the Midwest winter weather to Colorado winter weather, as I lived in the Midwest for a number of years. But we slowly got to talking about things that Cica is interested in.

“I have always loved kids. Since I was a young girl, I enjoyed taking care of cousins back home. Here I do hair braiding for a lot of the kids, I really like to do hair. But I think I would like to maybe be a pediatric nurse in the future. Right now, our kids are young and it would be too difficult for me to go to school and work full time as well as Yao working full time. But it’s something I would like to do eventually.”

As she said this, her youngest child, aged 2, handed me a sticker from a pack she was playing with.

“Well thank you!” I said, her expression not changing, but rather continuing to suck on her pacifier. She crawled across to her mom and sat at the foot of the couch. We share a few more comments about how she loves being a mom, loves teaching her heritage to her children. I can tell how much she cherishes her family photos of her kids as the family adorns the walls.

As we draw to a close of our conversation, I thank her for the time, and she shows me to the door. Her two older boys wave to me. I stepped out the door and looked back before heading to my car and say, “Well, you’ve got my number, if you ever are in need of milk just give me a call!” She laughs and says, “Okay, I certainly will!”