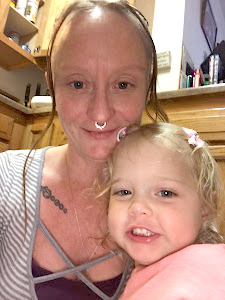 I received a message weeks ago from Mark, our Director of Property Operations, saying that during his visit to Willow Green he had met a resident, Melody, who shared an incredible story of her journey. She was grateful to be where she was in life, proud of what she had overcome, and Mark felt it was important to share and celebrate her journey with her.

I spoke with Melody ahead of this month’s newsletter and asked if she would be willing to be featured as the resident spotlight for the month of April. She was very excited and what followed was an inspiring story of strength and the power of a good community.

In 2018 Melody was married to a husband of 17 years with 4 kids in Wichita, Kansas. But tragedy struck, her mother-in-law passed. It was a big blow to her family that had been very close to her mother-in-law. In the aftermath, they decided to move out to Colorado to be closer to our remaining family.

“My family is not the best influence,” Melody said, “there is a lot of addiction and getting involved in things that aren’t beneficial. Unfortunately, being closer to them made us more exposed to getting involved too.”

Melody, her husband and kids first lived in an extended stay hotel when they arrived in Colorado. It was difficult financially but also a difficult environment to live in.

“A lot of drug activity was happening at the place we were staying, and it was a bad influence. Once my husband fell back into the scene it wasn’t long before I did too.”

Melody tells me that they never were able to get settled into safe and stable housing because of her challenges with addiction.. Before long, her kids had been taken from her and placed into foster care. She and her husband became homeless.

“We lived in our car for a while, but when it broke down we pitched a tent.” She tells me about a couple of the areas where they stayed most often- behind shopping centers and near open spaces.

Life Under the Power of Addiction

“When you’re in the cycle of addiction, you don’t care about anything. All I was thinking about was getting high,” Melody tells me, “It’s a really dark place. You just don’t have control over anything it feels like.

“My husband and I weren’t helping each other, either. We just pushed each other further into destructive habits. But we had been together for so long, that was my life, it was hard to envision something different than that.

“At some point, something just switched inside me. I wanted my kids back; I wanted a better life for myself and for them. I was going to do whatever I had to do.”

That was one thing that was very impressive to me. As she told me some of the changes she began making as it related to getting her kids back from foster care, she truly did everything she was asked and more. It didn’t matter how many hoops she had to jump through or boxes she had to check, she was undeterred. But maybe one of the hardest parts was the decision to change the people she was around.

Making the Changes for a Different Path

“The people around me were not going to help me get better,” Melody said, “I had to make the decision to first leave my husband. And it was very difficult. Like I said, I couldn’t think of my life as anything else but what it was with him. But I wasn’t going to get my kids back in my life with him, so I needed to step into the unknown.”

Melody tells me that her siblings and mother are another trigger for her, “My mom has always battled addiction, I had to get around people who were trying to get better.”

This is how she met who would later become her boyfriend. The two visited the same places to get high, and had independently decided to break the cycle of addiction. They became motivators for each other on the journey.

“I was working various jobs while I was homeless to try to get ahead and get into a stable place; all while trying to do all that the state needed of me to get my kids back. I had regular check-ins with a social worker, drug tests, and mandates.

“I’ve always been the type to work. I didn’t want to be where I was and knew I had to work hard to make a change. Even when I was holding signs on street corners, I was just trying to get ahead. If I wasn’t at my part-time jobs, I was holding a sign to try to make more that day.”

Moving in at Willow Green

Just over two years ago, Melody got a call from our manager at Willow Green saying she was next up on the waitlist and that there was a vacancy.

“And this place has been everything for me. Not only is it a symbol of my growth and achievement, but it’s a place to call home for my kids that they can rely on. It’s steady and will always be here, just like I will be for them.

“The help given to us here has been so important for us. It’s just been everything.”

We talk about what the transition has been like to stable housing and having the family together again. The road certainly hasn’t been smooth.

“It was a traumatic experience for the kids, and it’s hard to get past it. But I’m doing everything I can to be there for them and do whatever it takes to help them have the best life.” She tells me about the counseling and resources she’s sought out for herself and her children. She has daughters that have become adults, her oldest even has a child now as well.

“I wanted my girls to know that they can prioritize themselves, that they are important. They don’t have to have a man to do for them the things that are right or hard. They can be strong and independent.”

Reliable is how I would describe her relationship with her family. No matter what it seems she just shows up, however she is needed. For her oldest daughter, Melody spends much of her time watching her grandchild as a way to support her daughter.

She told me about her son who is struggling greatly with the trauma of the foster care system and the turmoil he feels towards his mom and dad. While it isn’t easy navigating anger and hurt, Melody is showing up by listening, seeking resources to help heal, and not giving up. She is showing her son that his hurt matters and her relationship with him matters.

It’s incredible to see how much Melody has overcome and the battles she has endured to be with her family in a stable environment. Her gratitude for the support system provided at Willow Green overflowed. And her love for her kids is strong. We talked about her family’s love for fishing outings and her excitement to try mountain biking after receiving a new bike for her birthday. It was a joyous moment to celebrate all the fun that life is bringing now that the essential needs of shelter, family, and health have been met, all to the credit of Melody’s determination and perseverance.