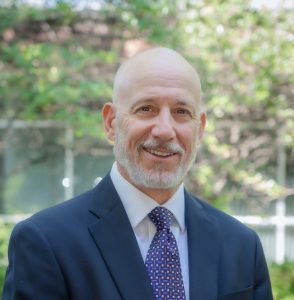 Colorado is in an affordable housing crisis. A recent study concluded that we have a statewide housing deficit of approximately 175,000 units.  Over the next 5 years, we will need over 54,000 units of new housing per year to keep up with population growth, while the current pace of production is under 30,000 units per year.  In other words, the problem is forecasted to get worse. Consistent with this study, and with the basic laws of supply and demand, the price of single-family homes has been escalating. In May of 2021, the median price of a single-family home in Colorado was 25% higher than it was in May of 2020.  Yes, you read that right.

This problem has been fueled by a variety of factors, including rapid population growth, no-growth (and slow-growth) ordinances, loss of units to short-term rentals, NIMBYism (Not In My Backyard), and conversion of units from primary users to second home buyers. Thus, while we are losing units as primary residences, we are producing fewer units and experiencing increased demand from population growth.

These dynamics manifest differently in each community, of course. That is why my colleague, Hannah Berkowitz, and I recently visited several communities outside of the Denver metro area. In three days, we visited Gunnison, Crested Butte, Montrose, Pueblo, Fountain and Colorado Springs. We met with UCC churches looking to repurpose their properties, private developers, business owners, and public officials.

While the stories were slightly different in each community, the message was fundamentally the same: everyone is short of housing and yet everyone is facing significant challenges to production. As just one example, the president of Montrose-based Colorado Outdoors, who employs about 120 people there, told us that some new employees coming from out of the area have spent months living in RVs because they could not find a place to live in town. He also told us that he had been on track to develop an affordable housing community in Montrose until it was killed by local opposition fueled by fear and lack of familiarity with affordable housing communities.

The numbers are daunting and there are many impediments to adequate housing production. Still, we know there are solutions. Archway intends to play an important role in the conversations that need to happen around this problem. We also plan to be part of the solution as we work to produce and preserve more housing in the years to come. As always, thank you for your partnership in our work!

Next month we’ll talk about solutions!