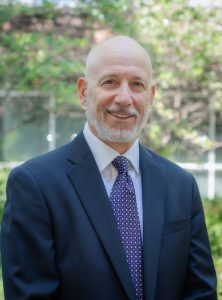 Sebastian Corradino is the Chief Executive Officer of Archway Communities. He works closely with the Board to ensure there is alignment around Archway’s mission and strategy and collaborates with the leadership team around Archway’s operations.

Prior to joining Archway, Sebastian served as President of Riverside Capital, a New Jersey-based national tax credit investment firm. He also led Royal Bank of Canada’s (RBC) Tax Credit Equity Group, another tax credit investment firm, based in Cleveland, Ohio. Prior to RBC, Sebastian started MissionFirst Development, a regional affordable housing and consulting firm based in Washington, DC, which he sold in 2010.

Sebastian has a Juris Doctor, from George Mason University Law School in Arlington, Virginia, as well as a master’s in public administration from Columbia University in New York City and a B.A. in International Relations from St. Joseph’s University in Philadelphia, PA.

Sebastian and his wife, Tegan, live in Boulder, CO, and have three children in college in Colorado and Montana. They spend their free time in the wilderness areas around Boulder and, as time allows, on bikes, skates, and skis.

What Home Means To Me

Wherever my family is!