A Message from the Chief Executive Officer 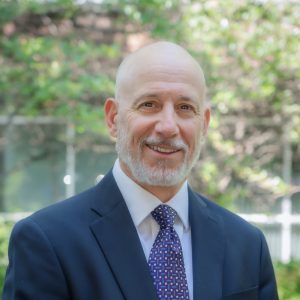 Just as it’s unusual for a baby to be brought home from the hospital without a name, it’s equally uncommon for a real estate project to close financing and begin construction while remaining nameless.  And yet, that is where we found ourselves until recently with our newest affordable housing project in Lakewood, known on an interim basis by its address: 2275 Wadsworth.  The project received its major funding approval last May and began construction in December, all without an identity.  What to do?

We did what many organizations do when stumped by a problem with no obvious solution:  we formed a committee!  Led by Sheri Replane, our Director of Communications, we assembled a team to help solve this puzzle.  After a series of brainstorming sessions, they arrived at “Robinson Place”.  The committee felt that the project reflected the characteristics of one of Archway’s founders and our current Board Chair, Robinson Lapp.  Robb has devoted his whole life to serving others, most obviously as a Minister within the United Church of Christ, but also as a founder of Archway.  Like Robb, who has overcome many personal and professional challenges over the years, Robinson Place has faced many trials. This project will ultimately prevail because of our team’s commitment to delivering affordable housing and having the persistence required to get these types of projects over the finish line.

Thus, I am pleased to inform you that our formerly nameless project in Lakewood is now Robinson Place.  On Wednesday, March 23rd, we will celebrate our success with a groundbreaking ceremony where we will reflect on what it took to get to this point, and what this project will mean to our community.  Archway faced many obstacles in bringing this project to fruition, including the growth cap initiative in Lakewood, which severely constrains new residential development.  We faced the challenge of procuring the federal tax credits needed to make the project work, only receiving an award on our third try.  We had to navigate the financing and predevelopment process while operating remotely as a team due to the pandemic.  And, even after we closed financing and started construction, we were forced to defend the project against a lawsuit aimed at killing it.  The plaintiffs argued that a 75-year-old restrictive covenant was still in force and limited development on the project site to one single-family home.  Fortunately, after an expedited trial process – and quite a few sleepless nights for our staff – the case was decided in our favor.

Throughout this entire journey, Robb never gave up, supporting the Archway leadership team in our work to bring the project to life.  So, on March 23rd we will take a few moments to celebrate all who have stood by Archway and helped us make Robinson Place a reality, most especially Robb Lapp, our most stalwart and reliable friend and supporter.